Charleston Shoe Thieves
This page is about the first season of the Coronation Era. For other uses, see Season 1 (disambiguation).

As the season began the Black Hole appeared and the following occured.

Shortly after Day 1 there was an error that caused future games to be delayed resulting in another alert.

As the Team Pages fully opened, it was noticed that there were some discrepancies between the listed Fall Ball falls and the teams themselves. NaN and Sixpack Dogwalker, the original two Receivers, were absent; in their place was Nathaniel Wilds and Dimi Wobbler, respectively. Both of these replacements were also now Receivers, having previously been Static Charges from the Short Circuits. Notably, Both the Ohio Worms (which NaN had fallen to) and Philly Pies (which Sixpack Dogwalker had fallen to), had the Entangled Modification, which they had received at the conclusion of Season β24). Whilst not explicitly stated, it can therefore can be presumed that both Teams had been Alternated on their return from the Black Hole. This revealed an as-yet-unseen (though confirmed by The Game Band in the August 31st, 2021 episode of Inside a Blaseball[1]) interaction between the Receiver and Alternate Modifications: that an Alternated Receiver is replaced with a Static Player, who then becomes a Receiver themselves. Also notably, NaN had not had the Receiver modification since Season β15, when it had been replaced with the Echo modification. Players with Echo had not previously swapped when alternated, as Wyatt Mason X, an Echo, was Alternated in the Season β21 election with no other result.

Every ILB team started with 14 players - 10 of whom had fallen during Fall Ball, the other 4 seemingly randomly generated before games began. Additionally, as games progressed, it appeared that the new weather Horizon (which every game in this season was played under) caused the Black Hole to burp out players who then fell and landed somewhere on the field during games. The fallen players did not appear on team rosters, and their location was originally unknown. During the Offseason, the player pages of fallen players became visible via their UUIDs, which revealed the team on which they had landed and the modification Buried. It is currently unclear where on the team these players are as they do not appear on the roster. An (incomplete) list of players that fell and which team's game they fell during can be seen below.

Falling players had also, on rare occasion, hit a player on a team's active roster and knocked them out of play. The fallen player then replaced them on the active roster, and the hit player entered the Shadows. A list of occurrences of this is below.

At the beginning of the season, no decrees or blessings were available. However, over the course of the season, two different kinds of EMERGENCY ALERTS revealed the ballot.

The addition of Decrees was heralded by the broadcast:

These secretions occurred before Day 6, Day 28, and Day 49, and added the NEW Redistribute Wealth, NEW Relegation, and NEW Open the Forbidden Book respectively.

The addition of Blessings was heralded by the broadcast:

These secretions occurred before Day 25, Day 46, and Day 67. The first one added Strong Start, Shadow Play, and Wind Spirits; the second one added Yeet and Strike Zero; and the third added Shore Up and Guess Whose Thwack.

Shortly before Day 3 started, an Alert was broadcast, which re-allowed the ability to see star counts on individual stats.

Another Alert was broadcast before Day 44 that gave the ability to see players' attributes, which had changed to a different system between the eras.

Starting with Day 24, and repeating each real-world 24 hours, a new boon was granted. This boon, referred to as "Universal Bets and Influence", granted players 100 Chips and 20 Votes. Around Day 66 the amount given was doubled for that day (which took place on a Thursday). This would happen for Thursdays in a Season going forward. This, notably, would not activate during Offseason. Coinciding with this came a Message from the Monitor:

Right before the Postseason began, an Emergency Alert was broadcast. Before long, however, the message itself was clearly being actively edited. Whilst only edited one letter at a time, the messages the alert ended up at are as follows: 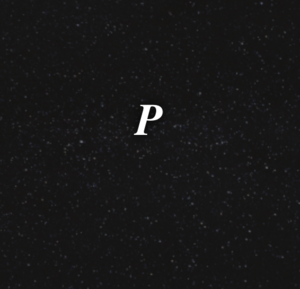 The message then continued to vary in line breaks and periods, eventually making the message vertical and adding select periods to letters, culminating at:

The periods and letters themselves were then deleted, and when all were deleted, the usual PLEASE WAIT... was typed out. Shortly thereafer, the message changed to PLAY BALL!, and the Postseason began.

During the Election the Hades Tigers managed to win the "Yeet" Blessing which was to send their worst player to the Black Hole, which was Eddie Tumblehome, and for them to recieve a random player in return. However the results of the election showed that the player they were to recieve was Frazier Tosser who had already fallen onto the field, during a game between the Philly Pies and Mexico City Wild Wings. Due to this, this managed to result in the Philly Pies somehow recieved Tumblehome on their lineup, and the Hades Tigers appearing to gain no player on their team. This was eventually fixed with Tumblehome being removed and The Tigers recieving the Buried Frazier Tosser.

Two players who were previously were incinerated and listed as deceased, Shaquille Torres and Derrick Krueger returned from the Black Hole with the Modification Entrenched as a result of the Election. The modification had no description.

Player Tiera Wigdoubt from the Shadows of prehistory team Laredo Excavators, was also taken from the Black Hole to join the Baltimore Crabs. Although their team was listed as deceased and they were in the Hall of Flame, they themselves were not. As a result of returning they gained the Modification In The Field, which had no description.

Apparently as a result of Shadow Play the Mexico City Wild Wings gained a new Shadows player who was not pulled from the Shadows by the Blessing, Rocket Hadji.

Following the Postseason the Commissioner notably stated on Twitter and through a message on the site that he was confering the Charleston Shoe Thieves, with a Golden Record of 65-25.

As of the end of Season β24, all Ongoing Decrees had been Nullified, and are no longer in play.

* Denotes teams that made it to the playoffs.

Divine Favor was not clearly visible during this season, and it is unclear if it was used.

Four teams from each Conference advance to the postseason, consisting of the four best performing teams in the Conference seeded by Wins.

Teams alternate home games with the higher seed hosting first. The Quarterfinals, Semifinals, and Internet Series are all best-of-five.

The Decree with the most community votes will go into effect.

Each Blessing will be awarded to a randomly selected team. Votes from a team's fans increase the likelihood of that team receiving a blessing. Each team can win at most one blessing.

Following the Election, an emergency alert happened corresponding to the players voting for the Decree "NEW Open the Forbidden Book".

Following this alert, a Crew of four Umpires appeared. They then spoke on what would happen.

After a brief pause, this was followed by one more emergency alert announcing the name of the Era.

During the Offseason, Universal Bets and Income were not given out.

Shortly after the beginning of the Offseason the Umpires appeared again:

Afterwards parts of section 2 of the The Forbidden Book were unredacted. As well as rules g, h, and i in section 6, which the Umpires recited in their previous appearance.

This was followed by the unredaction of parts of section 3.

After another 24 hours, the Umpires unredactded section 4 with another appearance.

After yet another 24 hours, the Umpires unredacted Section 5 with another appearance.

After, once again, another egrigous wait time of 24 hours, the Umpires unredacted Sections 6 and 7 as well as announcing impending Review.

Towards the end of the Offseason, the Beat Reporter posted a summary of Season 1.

THE SEASON 1 REPORT
Season 1 is in the Books! Let’s take a look at what happened in Blaseball’s return:
HEADLINES