The Book of Blaseball

It is presumed to be an object of unknown providence that is inseparably intertwined with the past, present, and future of the splort of Blaseball. The book currently contains six chapters, with each chapter containing a number of rules pertaining to the splort. 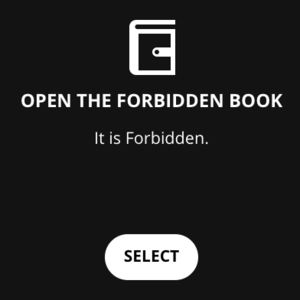 In Season 1, the book first made itself publicly known in the form of a decree available to participants of blaseball. Following the inaugural Internet Series, the decree called Open the Forbidden Book was successfully passed with 556 votes, or 61% of all decree votes. The immediate results of this decree were as follows:

The book contains seven chapters, with each chapter containing enumerated rules pertaining to Blaseball. After the chapters, the book is signed by what appears to be 19 names.

The book's text was heavily redacted at the time of its reveal. Text redactions have since been removed at unpredictable and unannounced intervals. The current state of the book can be examined by all registered participants at this location.

This section reflects the book as it appeared at the end of that season, before any future changes or reveals were enacted.

Beginning on Season 3 Day 1, sections of the book began to remove text redactions, making more of the rules legible. These revelations have continued beyond Season 3 at unpredictable and unannounced intervals.

As a result of the Season 11 Elections, The Book of Blaseball received significant revisions, including a new page relevant to the just-granted Arcana.

Rule 5j, which read "5j. Nothing truly matters." was stricken.

Additionally, one of the signatories at the bottom of Page 1, only known as "M," has had their initial crossed out.

Page 2 is a brand new addition to the Book, appearing in the wake of the very same Season 11 Election Results. This page has 10 sections, one for Arcana, and nine more for the different decrees offered during Season 11. Most sections have three to four rules, except for number 9, Sink, which only has a single rule.

The fourth section, "Close - Ballparks," was one of the decrees chosen by fans in Season 11, and as such, the text is displayed in all green. Rule 4a reads "a. Teams shall build Ballparks in their Image." Rule 4b, partially redacted, only shows "Home Games at their Ballpark." Rules 4c and 4d are fully redacted. Currently, above Close - Ballparks, there is red text stating "PROJECT SUSPENDED, PENDING INVESTIGATION."

The fifth section, "Deface - Wills," was one of the decrees chosen by fans in Season 11, and as such, the text is displayed in all green. Rule 5a reads "a. Fans shall bend the Election to their Will." Rule 5b refers to the Election, and Rule 5c, partially redacted, only shows "Fairness, each Team shall win the same number of Wills."

The sixth section, "Eat - Concessions," was one of the decrees chosen by fans in Season 11, and as such, the text is displayed in all green. Rule 6a reads "a. The League shall sell Concessions to the Fans." Rule 6b is partially redacted and implies that concessions will "expand their earning potential and betting experience."

The seventh section, "Freeze," only refers to "improvements" in rule 7a. The eighth section, "Shred," only makes references to Rivalries and Alliances. The ninth section, "Sink", has only one rule, which is largely redacted, only referring to Below Zero. The tenth and final section is Trash," which refers to Pitchers and Hitters in rules 10b and 10c, respectively.