For more on the Oconnor Family, see Famous Oconnor.

When Internet League Blaseball became an observable phenomenon, the Magic were owned by the wealthy Oconnor family. Following the loss of their son Famous to a rogue umpire, the family sold their share of ownership.

For more on current ownership, see the Park Service.

After consulting the various scrolls and tomes tracking the teams ownership, the Park Service was determined to be the rightful heir to the franchise due to a longstanding and ancient compact. Little is known about the controlling leadership, and none of the players have met the true owner.

The Ancestral Bat of the Magic is Ol' Faithful, hewn from a branch of the oldest pine tree in Yellowstone. It was sealed away under the ballpark for fear of its immense extradimensional power between Season 1 and the first Postseason. Many Magic fans speculate that this is why the Magic fell from number one seed to a first round loss. The Oconnor family lobbied to have the bat brought back, but Merlinmeyer forbade it.

The Magic School Buses are the official vehicles of the Yellowstone Magic. They are used to transport the team between stadiums during away games and to get snacks from the 7/11 after practice. The origin of the bus' name is unknown, but it's extremely misleading since it is not and has never been a school bus. In reality, they are repurposed tour buses, enchanted with a rune spell that activates upon the starting of the vehicle. The caster of this enchantment is unknown, as are their intentions. Upon startup, a random passenger (not driver) within the bus will exclaim, "WITH THE FRIZZ?". Immediately after, all but one passenger in the bus will shout "NO WAY!". Any attempts at removing the spell have been flagrantly unsuccessful, all resulting in being bodily flung from the vehicle at an extreme speed before the rune is able to be destroyed. Attempts have been made to circumvent this enchantment by starting the bus while empty or with only one passenger onboard, but if this is done the bus will almost always shut itself off mid-trip until it is restarted with the whole team inside. 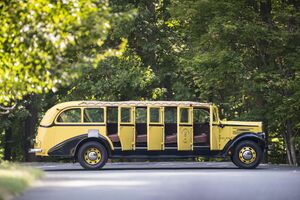 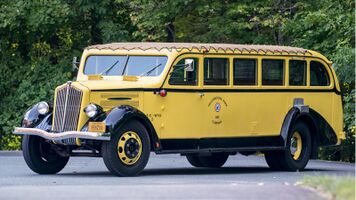 After the Philly Pies went on a winning streak in a series of postseason games, reports arose in the Yellowstone area saying they "received a vision after a continuous bellow from the geyser (and player) Washer Barajas". Residents claim they saw players of the blaseball team the Philly Pies cooking the dust of incinerated players into their pies and eating them. While some experts question the claims in part to Washer having no memory of the event, the Yellowstone Magic team filed a complaint stating,

"It takes away from the spirit of the game for a single team to be shown favor from a non-registered source of power."

When asked about the complaint, the players said,

"We believe that the Philly Pies are eating the souls of incinerated players. This form of supernatural power is unregistered and there for, an insult to the spirit of the game. We have taken rigorous tests and examinations to have our more mystically assisted players cleared for play, the Philly Pies have not."

Many league members believe this Arcane Research is the ultimate cause of the post-Season 2 Playoff appearance of the Bad Gateway.