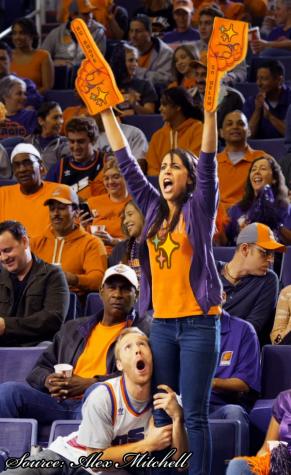 Yellowstone Magic fans at The Pocket during Season β2

This page details the fan culture surrounding the Yellowstone Magic.

Know more about the Magic's fan culture? Add it below!

While convokations are highly regulated, occasionally fans band together for especially notable events and collective actions.

On Season β13, Day 13, star player Sutton Picklestein was incinerated by a rogue umpire. In honor of their incredible vibes, outstanding performance, and community involvement, fans of Picklestein across teams banded together to idolize them before day 99, causing them to be the only deceased player among the nine MVPs named that season.

Picklestein then went on to set the all-time record for fastest return to the Hall of Flame for any returned player in the Season 13 election, at 0 seasons.

Following the redaction of fan favorite Chorby Short, fans attempted to return the missing player to the Team by voting to Plunder her from the Idol Board. For reasons yet unknown, Short was unable to return to active play, but was later Attracted into the Millennials shadows. .

Fan chants are carefully vetted by the Park Service for adverse mystical potential before being allowed during a live blaseball game.

These chants have either fallen out of fashion, or are associated with players not on the Magic's active roster.