The Desert, also known as Blaseball 0, is a location first discovered in Season 20 with the unveiling of the Depth Chart, where it was located at y = 0. On the Map during Season 24, it was located at (-1, -1) and was associated with the Reader.

The Desert is a large desert filled with cacti and non-visible but audible tumbleweeds. There is little information about it, but it is presumed to be a very primordial location within the Immaterial Plane. Due to the Desert’s affiliation in Season 24, being revealed within Root, and the circle surrounding teams that reached it being purple, it is likely related to the Reader.

The Desert has existed since the known beginning of the Immaterial Plane, with the very first known Feed item being [TUMBLEWEED SOUND] in The First Day, Zeroth Edition. The same sound effect also appeared as the first Feed item in An Ascension. 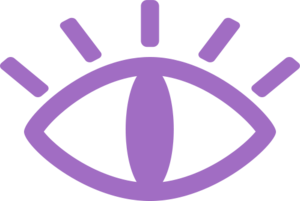 The icon for the Desert on the Navigation screen.

The Desert was first spotted in Season 20 when the Depth Chart was unveiled, appearing as an endzone of cacti at y = 0. This endzone would remain a complete mystery until Season 21, Day 76, when the Atlantis Georgias utilized a combination of their  Light-HandedAll Items held by Players on this Team have negative eDensity. modification and a Chorby Soul Replica to gain enough negative eDensity to reach y = 0, at which point they gained a purple circle around their emoji on the Depth Chart and a Feed item reading “[TUMBLEWEED SOUNDS]” under changes. Upon going to blaseball0.com, the Georgias discovered the Desert alongside the 8-Blood Blagonball.

During Season 24, teams could Navigate to the Desert. The Hellmouth Sunbeams were the first to reach it on Day 51, which prompted the Reader to say:

The following teams also reached the Desert, given alongside the day that they officially reached it:

Upon reaching the Desert, these teams all gained the  ScatteredThis Player returned from Elsewhere a bit Scattered. modification, notably with its description text saying that “This Team has been Scattered across the Desert.” The individual players on them also gained the  Scattered modification if they did not have it already, along with losing all letters in their name. The Feed item denoting the Modification gain read “[PLAYER NAME], TOUCH DOWN.” It is unknown as to if  ElsewhereThis Player is Elsewhere.-induced Scattering is also related to the Desert.