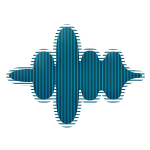 The Icon for Distortions

Distortions are prizes granted to Teams during Elections that can range from special Items to being remade in the image of a peanut. Distortions are chosen by League Raffle, meaning that each prize will be won by randomly selecting a Vote, and that the Team listed on the winning Vote recieves the prize. Distortions were introduced in Gamma 1, but Fans could not vote on them until Gamma 2. They are very similar to Blessings — however, unlike blessings they are subject to Limited Winnings, meaning that each Team can only win one Distortion per Election. Additionally, they are only offered every other Election, or in Midseason Elections.

Distortions from each season are shown below.