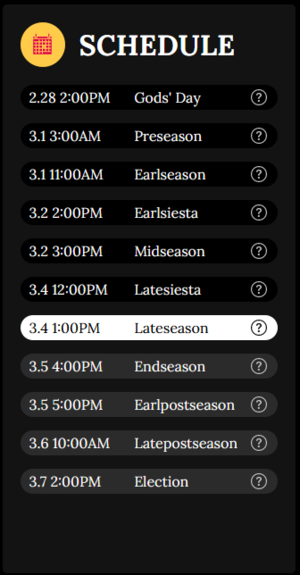 A screenshot of the schedule shown on the homepage. Note the current period highlighted in white, and the previous periods are now black. Future periods are gray.

The Schedule is a feature on the front page of Blaseball that shows the different periods of time within a season. Fans can find the schedule on the homepage of the site, along with the Game Log, a random Glossary entry, the Current Events feed, and the art gallery. The times presented are synced to each fan's local time zone.

There are 11 sections to the schedule, which are as follows: