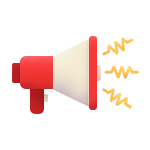 The Icon for Amplifications

Amplifications are statistical bonuses granted to Teams during Elections. Amplifications are chosen by Team Choice, meaning that each Team will recieve their top Voted choice. Amplifications were introduced in Gamma 1, but Fans could not vote on them until Gamma 2. They are identical to Party Favours and similar to Wills — however, unlike Wills they affect an entire Team instead of individual Players. Additionally, they are only offered every other Election, or in Midseason Elections.

Amplifications from each season are shown below.