From Blaseball Wiki
This page is about the Election item. For the playtests, see Short Circuits. 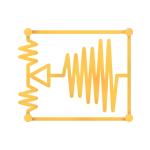 The Icon for Circuits

Circuits are large, wide-ranging changes to Short Circuit rules, teams, or the world itself. Circuits are chosen by League Choice, meaning that the Circuit(s) with the most votes are enacted at the end of that Election cycle. Circuits were introduced in Gamma 1, but Fans could not vote on them until Gamma 2. They are very similar to Decrees — however, instead of being offered every Election, they are instead offered every other Election. Circuits are not offered alongside Decrees.

Circuits from each season are shown below, with the winning circuit highlighted.