Dickerson Greatness was a lineup player for the Houston Spies, and was with the team from the Return of Blaseball until being incinerated on Season β2, Day 65.

Greatness joined the ILB as a lineup player for the Houston Spies with the Return of Blaseball.

On Season β2, Day 65, Greatness was incinerated and replaced by Collins Melon.

Dickerson Greatness is considered Blaseball's greatest what-if story. Showing both tenacity and determination, they won their spot on the Houston Spies by climbing in through a bathroom window and asserting that they were meant to be there.

Greatness' reasons for joining the Spies are unclear. Some suggest that Greatness knew their potential value for the Spies and they simply took matters into their own hands. Other rumors claim that Greatness was more interested in the Spies as an organization, but their Blaseball skills provided the perfect cover for further investigation. What Greatness hoped to investigate within the ranks of the Spies is unknown, but it may involve cooperation with Alexandria Rosales.

In Season 1 of the league, Greatness was unanimously regarded as the ideal Blaseball player, beloved by both fans and foes alike. The inaugural championship only eluded them due to widespread incidents of jury tampering. Still, though Greatness' skills on the field were great, they often seemed preoccupied with other concerns—the true nature of the Spies, the contents of the Forbidden Book[1], and the moon.

Greatness was known as both a great player and a mentor to the team. They frequently led additional practices to help others hone their skills, though those skills were not always Blaseball-related.

Greatness went into Season 2 unabated, their Blaseballing acumen sharpened by the pain they felt at being cheated out of the championship. Tragically, disaster struck on Day 65 of the season, when their brilliant career was cut short by an act of incineration in the 9th inning of a hotly contested game against the Miami Dale, costing the Spies the game and Greatness their life.

Though many witnessed this fateful game, including Greatness' incineration, sightings of Greatness continue. The Houston Spies refuse to comment on these sightings out of respect for Greatness' privacy. Some reports suggest that Greatness faked their death to continue whatever mission drove them to climb through the Spies HQ window in the first place—whether that be with the moon, the Spies' true purpose as an organization, or some secret known only to them. 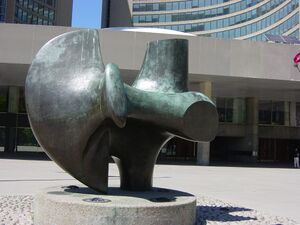 One of the many Dickerson Greatness memorials at the Houston Spies blaseball arena.

Dozens of statues were erected of Greatness overnight in Houston, adding to the dozens of statues which were erected during Greatness's highly distinguished career. True connoisseurs of Blaseball observed a 60 day period of mourning, and the fact that Greatness never held a championship is widely regarded as an injustice so great it arguably invalidates the premise that winning a championship is a meaningful measure of Blaseballing greatness.

Some Spies fans have historically insisted that the Dale's lack of public statement on Greatness' incineration is tantamount to an admission of foul play. This subset of fans claims that the Dale organization has been offered numerous opportunities to pay tribute to this titan but have not expressed any form of remorse, sorrow, condolence or contrition. However, as time has passed and more posthumous sightings of the inimitable Greatness have been reported, an alternate theory has been proposed: the Dale aided in Greatness' faked incineration and refused to speak on it out of discretion and respect for Greatness's privacy. As Greatness is listed missing rather than killed in action, per Spies tradition, this alternate theory has taken prominence over the initial reading of the situation, leading to Greatness' fans sending the Dale a great number of fedoras, magnifying glasses, and bugged trench coats as tribute.

Even in death, Greatness has remained loyal to the Spies. During Season 11, they haunted Charleston Shoe Thieves player Esme Ramsey twice, getting an out both times. Rumors that this sabotage from beyond the grave brought a tear to the eyes of members of the original Spies roster are both unconfirmed and staunchly denied.