The Hellmouth Sunbeams' fierce sense of rivalry arises from competing for something, and in the case of Blaseball the Sunbeams are competing with the rest of the league. Therefore, everyone is a rival. However, over time as a rivalry matures, emotions beyond a simple spirit of competition can arise. This results in teams falling into one of four categories: Rivals, Major Rivals, Rivalliances, Anti-Rival.

The Garages and Sunbeams are a historical and heated rivalry, famously commemorated in both song and zine format by the Seattle Garages after their definitive wins in Seasons 2 and 3. Much of the heat behind this rivalry came from the Garages' stated intention to kill the sun, which is considered blasphemy. Despite the inconvenience the destruction of a head coach and major celestial body would pose to the Sunbeams, they are generally supportive of the Garages' godslaying goals, as "it's great to set lofty goals for yourself. Aim high!"[1]

Any lingering tension over the issue is most commonly seen in the events surrounding The Solympic Flame, where Sunbeams fans that follow HELIOATRY clash every season with fans of the Seattle Garages. Even in this field, the competition is mostly ritualistic and done in good spirits - the only casualty to date on either side has been the Solympic Flame itself.

The retrocausal collapse of Coach Sol into a black hole forced supporters on both sides to re-evaluate the rivalry, as the Crabs' Tot Fox had beaten the rest of the league to the sun-slaying punch. The Garages sent their condolences to the Beams, going some way to establish more cordial relations.

The rivalry reached a fever pitch in the Season β11 Championship between the two teams, which the Sunbeams won in spite of their shenanigans and accidental losses caused by uncontrolled looping. The Garages, in a gesture of goodwill, gifted series-winning pitcher Lars Taylor with a customised, four-necked guitar, in addition to the custom-painted tour bus (filled with bread baked by Mike Townsend) the Sunbeams had earned after winning the wager for series winner.

The Entirety of Wild Low

The entirety of the Wild Low Clubhouse (Unlimited Tacos, Houston Spies, Miami Dale, Boston Flowers) have what many teams have named 'similar vibes', and it is a very common to see fans of all five of the Wild Low teams excitedly cheering for each other, or apologising to each other for beating them in the playoffs. An example of this was in the Season 10 playoffs, where Wild Low as a whole were very excited for the Unlimited Tacos to finally reach the playoffs with their new and improved team. Unfortunately the Hellmouth Sunbeams, who were hosting Partytime at the time, got pulled in as a wild card and swept the Tacos in the wildcard match. This resulted in very apologetic fans of the Sunbeams begging forgiveness. 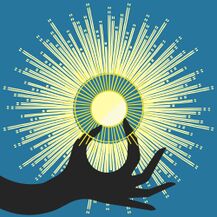 The Charleston Shoe Thieves were retroactively offered the title of Sunbeams' Rivallies, which came with the realization that no small part of the Sunbeams' Season β11 fortunes rode on blessings shared among teams, including divisional blessings won by Wild Low (such as Sharing Signs, Mutually Arising, and Divisional Walk in the Park) and notably the Shoe Thieves' sharing of Tag-Team Fourth Strike.

The Shoe Thieves were invited to the Sunbeams' Rivalliance Thank You Party in the Wild Low Clubhouse following the Season 11 Championships, which only provided further opportunities for the respective teams to bond. Notably, Shoe Thieves players have been brought on as "consulting criminals" to beef up security around Sun (real), as a show of respect toward the cunning of famed rivals the Seattle Garages and their nefarious attempts to steal the Sun Itself.

Hades Tigers, the Match Made in Hell

The Sunbeams' original Anti-Rivals the Hades Tigers share a close kinship with the Beams, due to the locational connection between Hades and Hellmouth, as well as the Tigers' overwhelming support for their new neighbors from day one after the Hellmouth's opening. Whenever the two teams play against each other, fans cheer on the opposing team from their reserved sections and can often be heard shouting "TIGERBEAMS!".

Both teams believe that when one team wins, both win, and are regularly seen adding the two's scores together into one number to proclaim how well TIGERBEAMS have been doing. This was a particular source of comfort for Sunbeams fans early in the Discipline Era, due to their own team's underdog status in the highly competitive Lawful Evil subdivision. 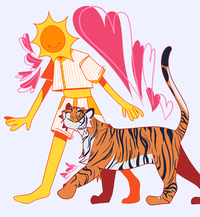 Artistic depiction of the furious, blazing rivalry between Sunbeams and Tigers, by @Ivi_Pessoa

The TIGERBEAMS bond was most keenly felt in the semifinals of the Season β11 championships, when the Tigers and Sunbeams went head-to-head to determine the Wild League champion, and whether the Tigers would head into Ascension. The Beams prevented their Anti-Rivals' Ascension from the league in a six-match, best-of-five series.

Romance with the Tigers

An indeterminate number of the Sunbeams' roster are said to be dating an equally indeterminate number of the Hades Tigers' roster at any given time, and nobody is quite sure how many and for how long. The compatibility is most likely due to their teams' similar infernal nature, and these unholy couplings have resulted in many cute Hell dates as well as several meteorologic phenomena such as raining jellyfish, frog tornadoes, and gelatin earthquakes. Any inquiries made of the players as to their relationship status with the Tigers will be met with a localized weather phenomena following the inquirer for several days, so most fans and media have learned to avoid this topic altogether.

The Yellowstone Magic and Sunbeams partnership has been described as "a match made in spell", bonding over the comparably unusual emanations from beneath their home ballparks and a mutual respect for the surrounding unnatural landscape and wildlife. The two teams have very similar ominous but friendly vibes, and are regularly seen engaging in all sorts of ritualistic nonsense together. Fans are known to cheer HELLOWSTONE as a greeting, which is answered with calls of YELLMOUTH, before the shouts and cheers dissolve into eldritch keening as the fans embrace and excitedly summon horrific beings to have tea parties with.

The friendship between the New York Millennials and the Sunbeams formed during the Season 10 Postseason. The Millennials and the Sunbeams entered playoffs as the Wild Cards for their respective sub-leagues. Fans of both teams came together to cheer each other on and were ecstatic when both teams swept their opponents. Since then the teams have become very close, bonding over their love of Blaseball, not owning their homes/teeth, and the Marijuana Brothers, Randall Marijuana and Dominic Marijuana. They thrive in the chaos they create when together, yelling out long acronyms and mashups of their classic chants such as "WHOSE BONES? NOT OURS WE RENT!" and "STARE INTO THE HOUSE! THE RENT STARES BACK!". Recently the teams have signed a lease together and are now long-distance roommates.

Because of the above mentioned rivalry definition that the Hellmouth Sunbeams work with, it is very easy to tell if you are their Rival.

Is your team a rival of the Sunbeams?

Ask yourself the following yes or no questions;

1. Do you often get handmade cards and propaganda from Beams fans?

2. Does your team exist?

3. Do you see Beam fans staring at you and obsessing over your games?

If you answered yes to any of those questions, congratulations, your team is a Sunbeam rival. Please send a framed team photograph to the Solarium at your earliest convenience so rivalry may commence!