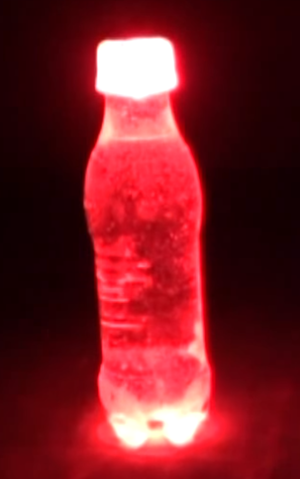 A bottle of Violent Lightning

Violent Lightning is an alcoholic performance-enhancing energy drink said to have been blessed by the spirit of Violence himself, Landry Violence, and is the official drink of the Hades Tigers. Fans claim the beverage tastes like "Anger, Hatred, and Fear, with a refreshing berry twist!"

Disclaimer: Violent Lightning has not been cleared for human consumption in any state, country, dimension, or reality. Drink at your own risk, please drink responsibly. Violent Lightning contains chemicals known to the State of California to cause death.

Sales of Violent Lightning tripled in the period following Landry's incineration. Production of the drink continued unimpeded afterwards, leading to accusations that its manufacturers were using artificial violence as a substitute. Sales once again spiked following Landry's return on Season 10 Day X. 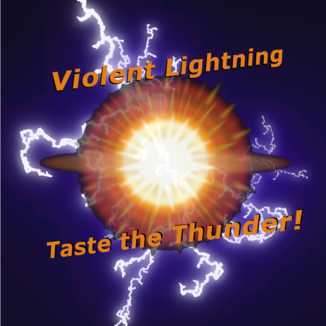