Rumor / Community Lore
This article contains lore created collaboratively by the Blaseball community. It is just one of many Rumors that we've found in the Interdimensional Rumor Mill. You can find more Rumors about Tot Fox at their Rumor Registry.

It is not yet known whether Tot Fox is a human or, in fact, a fox. It is speculated, however, that Fox's theoretical fox form would possess an entire blaseball blat where one would normally have a tail. Online correspondence[1] has confirmed that, fox or not, Fox has the ability to read and write.

It was not until more recently when former Seattle Garages player Luis Acevedo joined the team in season 7 that questions were raised about this Fan favourite. As part of their advertising line for and upcoming album Crypton Fluture Media released a recording of an audio call between Luis and their partner Tot Clark. While only one side of the conversation was released to the public the transcript is included bellow;


When asked to comment Tot simply winked and grabbed the windscreen off the reporter's microphone before scampering off into the nearby woods. 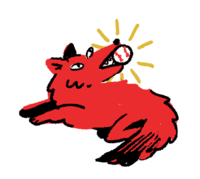 In game 3 of the season 10 Internet Series Tot Fox batted in teammate Silvaire Roadhouse and scored the 10th run in the final game of the IBL Championships, which triggered a black hole that destroyed both the moon and the sun.

When asked to comment Tot Fox clarified that this was unintentional deicide, and offered their apologies to anyone who might have a strong attachment to this particular sun, and that "Sun 2 looks pretty good! I mean the colour is a little off but I think it's a fine example of what a sun can look like. See? No harm done" Notably at the time of the interview she and Silvaire were wearing matching "Sun Destroyer" jackets. The Hellmouth Sunbeams could not be reached for comment.