From Blaseball Wiki
This page is about the game rule and modification. For the Legendary Item, see The Fifth Base (Item).

The Fifth Base (formerly Fifth Base) is a unique rule to Blaseball that places an additional base on the field which players are required to run through before reaching home plate.

When the The Fifth Base Modification is applied, lineup players must run five bases instead of the usual four. This results in the ability for players to hit a "Quadruple" (a hit allowing players to advance four bases) as well as a "Pentaslam" (A home run with a runner on all four bases, scoring five runs total).

The first Pentaslam was hit on Season 10, Day 7 by Simon Haley of the Charleston Shoe Thieves during a game against the Philly Pies. It was awarded with the discovery of The 4-Blood Blagonball.

The Fifth Base would later appear in the Expansion Era as a part of the Super Roamin' Fifth Base Blessing in the Season 19 election. The Fifth Base could be placed by players, and in doing so the Ballpark that the Base was placed in would gain the Fifth Base modification until the Base was stolen once again. 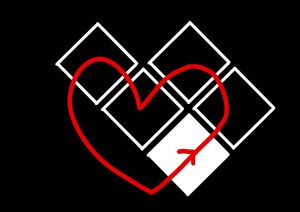 The existence of a Sixth Base has been theorized but only observed in extremely infrequent and unstable conditions. It is not known whether a sixth base can remain stable for macroscopic lengths of time.

Even rarer is the sighting of a Seventh Base, which has only been seen when Quack Enjoyable refused to go home in for unknown reasons.