The Seattle Shadows Co-op is a cooperation of businesses running out of the Hotdogfingers Memorial Climate Pledge Garage and Parking Facility. Businesses are owned and operated by members of the Seattle Garages shadows. The Co-op was founded in Season 9 by Terrell Bradley, and has been running since.

The Hot Sauce Bar and Grill

After Bradley was sent to the Garages shadows for Chorby Short, Bradley found once lauded member, Mike Townsend, baking and haunting the Garages dugouts listlessly. Bradley approached Townsend and proposed a deal. Townsend would bake sourdough buns, Terrell would cook the meats, and the two would run a restaurant at the Big Garage called Dad's Grill. When asked why he would want to do such a thing, Bradley pointed to the seats and said, "We've got kids to feed!" Townsend agreed, and the Seattle Shadows Co-op was born.

During Season 9, Bradley used his newfound spare time gained by not playing Blaseball to try out new recipes and experiment with the menu. During this time, he discovered a love for spicy foods, particularly hot sauces. He began to learn to make his own hot sauce, with help from Paula Turnip and the wide variety of hot peppers growing in the greenhouse, and decided to incorporate his new sauces into the menu. He brought the new menu to then-captain Theodore Duende, who was quoted as saying "Holy s---, this is the f---ing bomb, oh my god, I could eat this all day. Seriously, this really has me fired up!"

Having gotten the unofficial Duende seal of approval, Bradley brought Ortiz Morse on as bartender and, at the end of season 9, officially renamed Dad's Grill to The Hot Sauce Bar & Grill. It's grown to become one of the most popular restaurants in the area. Despite the name change, most locals still refer to it as Dad's Grill.

The Hot Sauce Bar & Grill boasts a particular food challenge: eat an extra large spicy chicken sandwich slathered in Bradley's spiciest hot sauce, with a side of jalapeño poppers and a cup of chili in under thirty minutes, and not only is your meal free, your picture is taken and framed on a wall labeled Dad's Wall of Flame. So far, only seven have managed to win the challenge: Theodore Duende, Aldon Cashmoney, Beans McBlase, Conner Haley, Charlatan Seabright, Greer Gwiffin's youngest child, and MaX. Malik Destiny and Betsy Trombone have both attempted the challenge numerous times to no success.

In Season 17, with Townsend back in play and the shakeups of the Shadows caused by the Big Garage's Fax Machine, Bradley promoted Morse to co-owner. This proved to be good foresight, as Bradley exited the shadows for Townsend the following season and cycled in and out of the Shadows several times before being traded to the Shoe Thieves in Season 21, severely disrupting his ability to manage the restaurant. Despite Townsend’s return, Morse proceeded to hire Lenny Marijuana, reasoning "we'd worked together before, and he's looking for something to do."

The Grill was still missing a proper grill master, though, a role that would be filled by Dickerson Morse following his trade to the Garages. His skill with soup and pulled pork (and steak, of course) brought new dimension to the spicy foods available, with Spicy Seafood Soup becoming a Grill signature.

The Eye of the Storm

Located on Mcdowell Street, the detective agency belonging to Garages player Mcdowell Karim is also the headquarters for much of Karim’s meteorological research. Karim has covered the roof in weather vanes, anemometers, cables, wires, and satellite dishes used to measure and detect increasingly complicated weather fronts, both natural and Blaseball-related. Karim often invites other members of the Garages over to the roof of the detective agency to help them launch weather balloons. 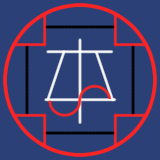 Penelope Mathews’s blacksmithing and makerspace workshop, installed in the Big Garage in season 17 with the arrival of the Smithy decree. At the workshop, Mathews offers engraved sigils and enchantments along with more typical repairs to gear. Mathews also holds classes to help locals learn to fix technology from companies with restrictive policies, and is a “VERY ENTHUSIASTIC” proponent of the right to repair. Her shop can be identified by the neon sign of a volcano outside its door, and the loud clanging and even louder music echoing from inside.

Though Avila Guzman was never a member of the Garages Shadows specifically, her years on the team and her parents’ regular presence at many early Garages games lead the team and the co-op to extend an invitation to the A Latte Love Cafe as an honorary member of the Seattle Shadows Co-op. At a time when the landlord at the cafe was causing an unpleasant level of trouble, the assistance from the co-op was welcome, and many Garages fans and players still hang out at the cafe even now that Avila has moved away. The side room at the cafe is home to a number of community tabletop game nights, craft classes, and lecture series. 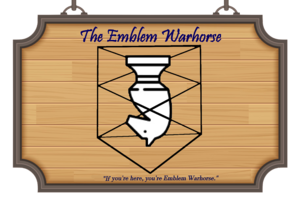 The Emblem Warhorse is a queer dive bar located within the Big Garage, located next to Townsend Bakery. It sports a simple brownstone facade, and a wooden sign adorned with its name, the Emblem, and the slogan "If you're here, you're Emblem Warhorse." Self sustaining, most Patrons of the bar who take up the name Emblem Warhorse tend to the establishment.

Founded by Fitzgerald Wanderlust over a particularly productive Season 22 Siesta, Perfect Fitz is a tailor’s shop specializing in flannel outfits and accessories. An avid tailor, Wanderlust modified her customary Garages flannel into a set of pocket squares and neckties shortly after her trade to the team, and it seemed a natural jumping off point for him to begin taking custom orders.

Along with tailoring services, Perfect Fitz also hosts community workshops aimed at teaching attendees how to repair, customize, and adjust the fit of their own clothing. Open for people of all skill levels, common workshops include practical and aesthetic patching as well as recycling of damaged clothing into new garments. Wanderlust also hosts similar workshops for shoe repair, with the assistance of Oliver Loofah.

The Wanderlust Emporium of Solutions and Answers: Alchemy for the Discerning Gentleperson

While shadowed, Wanderlust started an apothecary known as “The Wanderlust Emporium of Solutions and Answers: Alchemy for the Discerning Gentleperson.” Wanderlust’s alchemical creations cover a wide range of uses and degrees of miraculousness. Traditionally, she offers relatively simple remedies for the ills of visiting Seattleites. After researching the state of the national healthcare system, however, Wanderlust ramped up production in this area, distributing healthy and well-tested alchemical alternatives to expensive and life-saving medications. She frequently collaborates with Magi Ruiz, an activist for diabetes awareness and insulin accessibility. Among his other wares are prosthetics with a variety of functions. Some produce different liquids on command, inspired by the arms of Avila Guzman. Others endow the bearer with incredible talent in highly niche skills — after fulfilling one of these orders, Wanderlust was briefly inconvenienced by association with a cheating scandal in a nearby disc glolf league. Lenjamin Zhuge has been known to offer the occasional reading in Wanderlust’s store.

Oliver Best Repairs is a skate repair shop founded and run by Oliver Mueller, Oliver Notarobot, and Oliver Loofah. While not actually managed by any members of the Shadows, it has been deemed “close enough” by Bradley and integrated into the co-op nonetheless.

Most of the store’s products are fairly typical for a skate shop, with a strong focus on affordability and beginner-friendliness. However, Notarobot provides “upgrades” such as gravity defiance and inset thrusters primarily intended for members of the Garages to use on the Big Garage’s Grind Rail (not that it stops Lang Richardson from leaving dents in the store walls.) Mueller and Loofah also use the shop to teach children’s skateboarding lessons, with many of the Lil’ Roadies as regular attendees.