Utah, United States
This page is for Hellmouth, the town which is home to the Hellmouth Sunbeams. For the extradimensional entity which gives the town its name, see Hellmouth (entity).

Hellmouth is a small town in the desert of Utah, given its name by its position on the edge of the Hellmouth. The town is home to the Hellmouth Sunbeams.

Hellmouth is considered to be one of the least habitable cities to host a blaseball team due to its arid climate, connection to Hell, and numerous teeth — by and large, Hellmouth is inhospitable to most living beings. It is not clean or safe, and its attempts to lure people towards it are actively opposed by the Hellmouth Anti-Tourism Board who make sure Hellmouth is not welcoming to anyone (except for maybe JEFF!). This is no easy task, since the Hellmouth region of eastern Utah is widely known for its National Plarks and outdoor recreation areas. 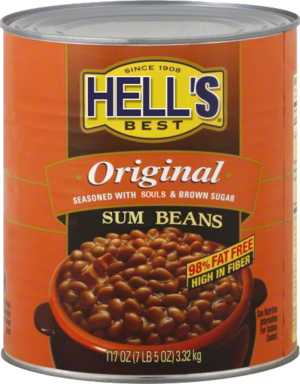 Presence next to the Hellmouth has encouraged the development of a unique culture in the town, particularly in response to shared experiences such as Adaptation and the Tug. The community is mostly self-sufficient, with strong interpersonal ties necessary to allow survival in the hostile environment. Money is unheard of in the local environment, relying instead on a bartering system[1]. This may explain how certain members of the Hellmouth Sunbeams have achieved credit scores previously considered impossible[2].

Lack of economy has not slowed down local industry, which has taken advantage of the new opportunities, and spawned various local delicacies, the most famous of which are Hell's Best SumBeans and SUNN light.

A number of traditions have arisen within the tight-knit community. Community events such as the creation of a new Outback Steakhouse are always well attended. Non-Hellmouth residents are asked to please not travel to Hellmouth for the purpose of attending community events, such as the upcoming Hellmouth market day, hosted in The Solarium's parking lot. Many traditions take advantage of the unique environment, such as the practice of climbing teeth to watch the sunrise, cutting smaller teeth down to keep in a home and decorate, and using mini-mouths (small temporary Hellmouths) as a form of garbage disposal.

There is a strong legal tradition, with certain high profile legal cases being hosted in the Bone and Tooth courts, to take advantage of the loose legal structure[3]. Many students of Hellmouth Community College choose to major in law, although a variety of other subjects are available, such as Illegal Physics. If a particularly desired course is not available, students are advised to sign up as a lecturer and teach it themselves. This system explains the existence of a Russian Literature course, taught by Howell Franklin.

Local historian Milo N. J. Cooper has been cataloguing Hellmouth residents and their experiences in the town for many years, in order to preserve a record of this unique community. Their profiles of residents are presented in a monthly newsletter. This time, the Interdimensional Rumor Mill reveals a Resident from IF-51.382 out of its Resident Registry...

The Park Family consists of Susan Park and her son Ranger.

Susan Park is the legal proprietor of the Dope Korean Restaurant.

Ranger Park, known professionally as Park Ranger, is a…, well. Man where do i go from here without sounding stupid. He’s a park ranger, okay.

Park works for the Hellmouth Anti-Tourism Board, although he is not looked upon well by the members of the board due to his inviting and cheery nature. He is well known for his Twlitch channel, which broadcasts his recklessly enthusiastic attitude towards the Hellmouth’s many dangerous features and inhabitants.